Featured Articles, how to write a screenplay | 0 comments

When learning how to write a screenplay, there is a lot of focus on structure. But if you want to create a truly strong script, craft a story foundation first.

As I worked with seminar students during their mentorship, I wanted them to have an effective way to build full-fledged stories from new concepts. And thus, the Big Ideas Structure Template was born.

This is flexible document that enables writers to craft scripts by focusing on laying the story foundation first. That means discovering the steel beams that hold up the story – defining its essential elements – and then determining the Big Beats. The Template makes it easy to explore possibilities and solve problems on a couple of pieces of paper, rather than ripping apart 120 pages.

My favorite part of The Template is “The Header.” It pops up each and every time you begin a new page – forcing you to stay focused. The Header covers the foundation of the story. Filling in the blanks helps you develop the concept, and do the work to understand your story that must come before you begin outlining.

This has proven itself very effective for my students. But I wanted to see if it could help other writers who hadn’t participated in one of my seminars, where I demonstrate The Template while showing a film and pointing out the structure elements.

I wouldn’t send The Template out into the world without a support system, so I include a handout that presents a simple yet powerful view on the common vocabulary of structure. All the gurus are saying the same thing. They just use different jargon.

So did the experiment work?

I was eager for feedback from writers who purchased the template online and tried it on their own.

I heard from one writer after she tried the template:

Your template which I purchased from your website saved me from drowning with my latest script! Thank you so much for your helpful insights – it’s so exciting to see my ideas finally springing to life. Lastly, just to show you how much your outline means to me, here’s a photo that I took of it this morning – it’s at the bottom, next to my completed script! I couldn’t have done all this without you — thanks so much!

I loved the photo, and I was thrilled the writer found The Template to be very helpful to her process. But the first thing I noticed was that The Header was not filled in. The most important part – the story foundation – was missing!

Read more on why building a story foundation is crucial in my ScriptMag article, Story Foundation – Writing From Below The Ground Up.

A classic film with a rock solid story foundation illustrates how The Header works.

The Foundation of Story: A Terrifyingly Good Example

TITLE: JAWS – Yup, great title. Not on the nose, but sort and pithy. It established the horror tone by quickly putting a scary image in our minds.

LOGLINE: When a Great White shark terrorizes a quiet beach community, the police chief must overcome his fear of the water, joining forces with a grizzled shark hunter and a daredevil oceanographer, to hunt it down and kill it.

STORY PROTOTYPE: Alien – A literal monster to be defeated, in an environment that is hostile to humans. They have many plot elements in common: evil officials, characters reflecting differing points of view on the threat, and incinerating the monster in the end.

THEME PROTOTYPE: Silence of the Lambs – Plays on the idea of fears that the protagonist must conquer throughout the story.

NOTE: These are just my thoughts for possible successful films that are effective prototypes. You will likely have ideas of your own.

CHARACTER – ESSENTIAL CONFLICTING CHARACTERISTICS/GOAL AT THE START: Chief Brody wants to keep people safe BUT he is afraid of the water.

Brody is the new Chief of Police on an island where people are being gobbled up by a Great White Shark, but he’s afraid of the water. The irony is plentiful and painful.

His need and desire is to protect the people. His flaw – he’s afraid of the water – is in direct opposition to that goal. He’s the perfect hero for this horror film, which is all about fear.

The film does a beautiful job of illustrating the protagonist at the outset. Just look at this image from early in the film:

At this point, a girl has been eaten by the shark. Chief Brody wants to close the beaches, but the town’s mayor insists they stay open. Brody and his family are at the beach. He sits entrenched in a beach chair. When the shark attacks, his own child is in the water. All the parents on the beach go running into the water to get their kids out. But Brody can’t. Look at his feet as he gets right to the water’s edge. He stands on his tiptoes, screaming, “Get out of the water!” But he remains planted in the sand as desperate parents rush past, a literal blur. Brody can’t even get his feet wet. His wife rushes into the water and grabs their son, bringing him to safety.

CHARACTER – HERO’S END POINT/WHAT THEY ARE ABLE TO DO AT THE END OF THE STORY THAT THEY COULD NOT HAVE DONE BEFORE: Brody is on a sinking boat, water rising steadily around him, but keeps his cool and figures out how to kill the shark.

HERO’S ARC/HOW WHAT THEY THINK/BELIEVE/DESIRE HAS CHANGED: He goes from being paralyzed by his fear of the water to swimming happily toward shore with Hooper.

THEME: If we don’t conquer our fears, our fears will conquer us.

Jaws is a great example for the power of a solid foundation. The pieces here, from title to logline, all work together beautifully to support tone, character, flaw, arc, and theme. And this movie is rich in theme.

The film examines multiple perspectives on fear. The arc of the protagonist illustrates the theme. At the outset, Brody is paralyzed by his fear of the water. The supporting characters show two different points of view. Marine biologist, Hooper, is fearless. Crusty Quint’s experience gives him a reasonable fear of the water, and a respect for it as a potentially hostile environment for humans.

Every piece of the header contributes to supporting this message. That’s the power of digging deep to develop a strong foundation before you begin outlining.

You can find The Big Ideas Structure Template here. Let me know if it helps you develop ideas from a solid story foundation to successful script structure.

Here’s a Writers’ Workout from the Screenwriting Elevated Seminar:

If you are currently working on a project, choose Three Prototype Films – one for Story, one for Theme, and one for Tone.

Now complete a Header for each of them. You can learn a great deal that you can apply to your own script.

If you are not working on project now, choose your Three Forever Films.

List the first titles that spring to mind – no censoring!  Keep the list of your three Forever Films on hand for future exercises.

Steven Spielberg has called it [The Shawshank Redemption] his “chewing-gum movie,” says [writer-director Frank] Darabont. “In other words, you’ve stepped in it and can’t get it off your foot. You have to watch the rest of the movie.”

“The Little-Known Story of How The Shawshank Redemption Became One of the Most Beloved Films of All Time” by Margaret Heidenry, Vanity Fair

This is another great term for a Forever Film. If you land on one of your Forever Films while channel surfing, you’re stuck! You just have to watch it to the end.

Now complete a Header for each of your Forever Films. I promise it will be an enlightening experience for you. Because the secret is…

They all have something in common! 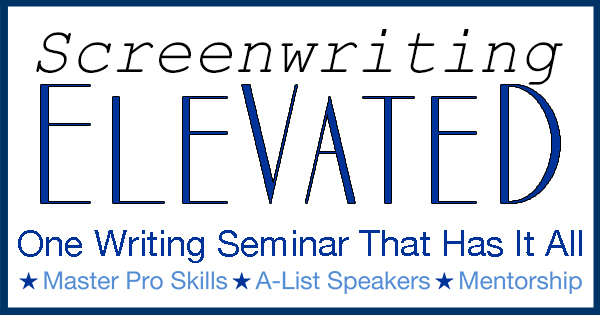